The results for the year include the trading results for the full 12 months of Storage RSA and Unit Self Storage, while StorTown and Storage King have been included for part periods from their respective acquisition dates.

Revenue and earnings show significant increases from the previous year reflecting both organic growth and the impact of acquisitions. The total dividend for the year is 97.83 cents per share, an increase of 11.1% year-on-year. The group continued to deliver real gains in rental rates and occupancy driving sustainable earnings growth in a challenging economic environment.

The table below sets out the group’s underlying operating performance of the like-for-like portfolio as well as of acquisitions for a more meaningful overview.

Like-for-like reflects the same store portfolio trading for a full 12-month period in both the 2017 and 2018 financial years’ SA acquisitions include Storage RSA, Unit Self Storage and StorTown

Total occupancy in the South African portfolio grew by 27 200 m² over the year (organically 4 700 m²; Unit Self Storage and StorTown acquisitions 22 500 m²). The closing rental rate was R91.6/m². Excluding acquisitions in the year, the closing rental rate increased by 9.2%, reflecting our balanced approach to revenue management and occupancy growth.

The overall trading performance of Storage RSA (acquired on 28 February 2017) was in line with expectations. The integration of the business onto the Stor-Age operating platform has been largely completed. 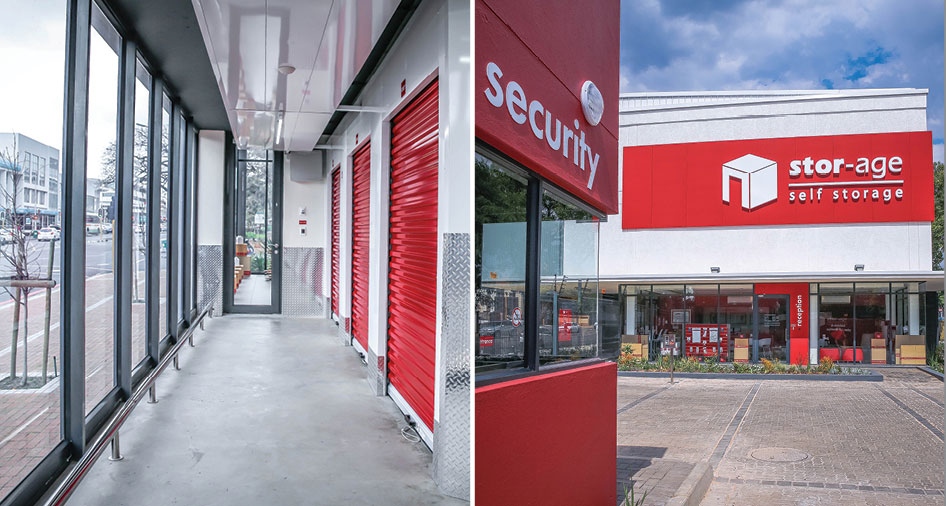 Direct operating costs comprise mainly store-based staff salaries, rates, utilities, a full allocation of marketing spend and other property-related costs such as insurance, maintenance, IT and communications at a property level. These costs are generally ‘embedded’ or of a fixed nature and, in the like-for-like portfolio, the weightings of the various components of the cost base were broadly consistent with the prior year. The increase in direct operating costs to R76.9 million (2017: R38.3 million) reflects the impact of acquisitions. The 6.7% increase in like-for-like operating costs is broadly in line with inflationary growth.

Storage King contributed R45.1 million to net property operating income. On an overall basis, earnings were materially in line with the forecasts set out in the September 2017 circular relating to the acquisition. Year-on-year net self storage rental income increased by 9.0%, including organic like-for-like growth of 6.2%, supported by a closing occupancy of 78.2% and rental rate of £21.13 per square foot at year end, marginally lower than at the acquisition date. The UK self storage industry experiences a higher degree of seasonality compared to the South African market, which sees a traditionally slower trading period in the winter months. Excluding the acquisition of the Crewe property, occupancy grew organically by 900 m² over the year to March 2018.

Administrative expenses relate mainly to support function costs for IT, finance, HR, property management, professional fees and directors’ remuneration. The increase in administrative expenses from R25.0 million to R36.9 million relates mainly to the Storage King acquisition and the full year support function costs for Storage RSA. Excluding the Storage King acquisition, administrative expenses increased by 18.7%, which is partly attributable to the underlying growth in the business, a greater investment in technology, centralisation and automation, and the employment of additional staff.

Interest expense comprises mainly interest on bank borrowings and the increase is due to higher average debt levels during the year and the GBP-denominated debt arising from the Storage King acquisition. Further details of bank borrowings are set out in Capital Structure below.

Our financing policy is to fund our current needs through a mix of debt, equity and cash flow to enable the group to expand the portfolio and achieve our strategic growth objectives.

The group currently has South African loan facilities of R995.0 million available. The respective maturities of the various facilities range from December 2019 to November 2022 and accrue interest at an average margin of 1.29% below prime. Further details are set out in note 14 of the annual financial statements.

Details of the group’s borrowings are set out below:

The interest rate risk on the loan is hedged at 90% of the gross debt, in line with the amortisation profile, with underlying LIBOR fixed at 1.051%.

In October 2017 the group raised R1.276 billion of equity capital in an oversubscribed book-build to fund the Storage King and StorTown transactions. Stor-Age also conserved R116 million cash under the Dividend Reinvestment Programme.

The group’s policy is to have one-third of the properties externally valued by an independent valuer each year and the remaining properties valued internally by the board, using the same methodology applied by the external valuers.

Further details on the basis of valuation are set out in note 3 of the annual financial statements and a summary of the portfolio. 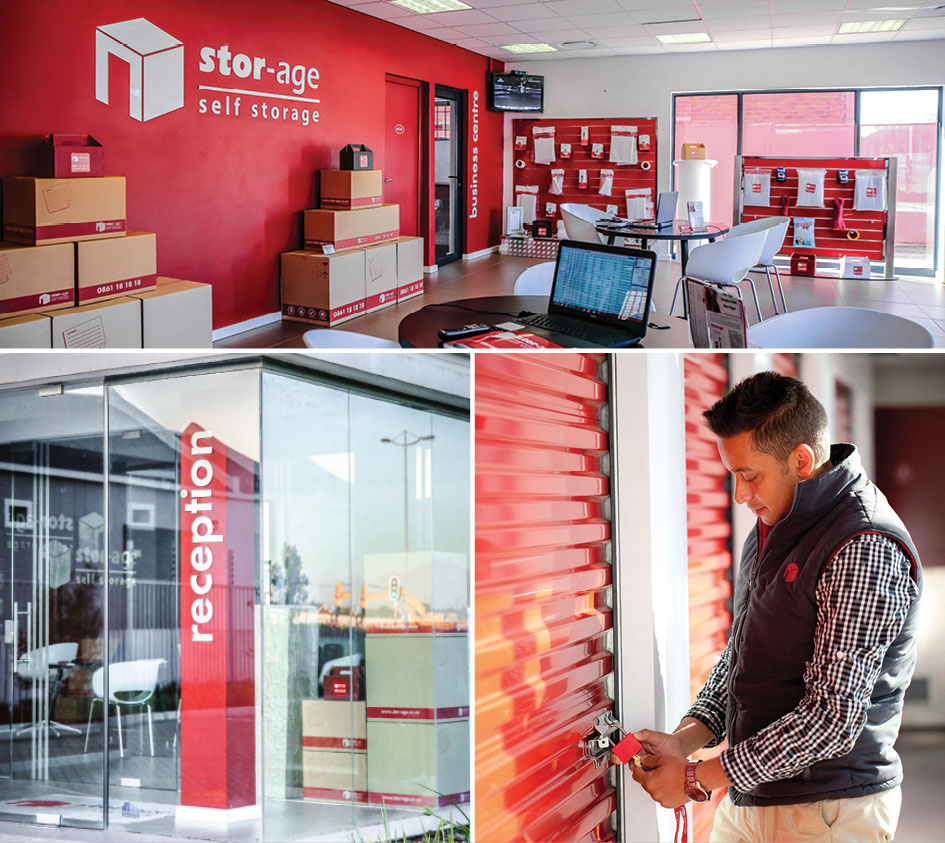